The former president said this on Monday when he received members of the New Nigeria group at the Olusegun Obasanjo Presidential Library in Abeokuta, the Ogun State capital.

Obasanjo had on Tuesday (January 23, 2018) issued a 13-page statement, criticising President Buhari’s performance and calling for a new movement to salvage the country from its challenges.

He had also warned the President against seeking re-election, alleging that the present government has failed in one of the areas it pitched as its ‘key point of action’ when it assumed office – the anti-corruption fight.

Addressing members of the New Nigeria group at his residence today, the former president rated the present administration as ineffective.

He said, “The truth is this – when you have an ineffective and incompetent government, we are all victims and don’t let anybody deceive you.

“Those of you who are in business, your business could have been better today if we have a competent and effective and performing government.”

Obasanjo also accused the President of having a “poor understanding” of the dynamics of internal politics.

He warned Nigerians not to get carried away by the recent apology tendered by the Peoples Democratic Party (PDP), as well as the reforms of the All Progressives Congress (APC).

“This time, for us to make it, we need all hands on deck,” Obasanjo stated. “I have publicly said and I mean it that as a party, neither PDP nor APC can get us there; never mind about reforms and apology and all that,” he said.

Obasanjo further asked the APC to stop giving excuses that it has yet to perform better because it met challenges, noting that the party was aware of the challenges before it wrestled power from the PDP.

He then asked youths in the country to rise up to the challenge of providing the much needed new generation of leadership for the development of Nigeria’s socio-economic and political development.

The former president also asked the younger generation to take the bull by the horn, if they must effectively confront “power addicts” in their resolve to achieve the set goals and objectives of providing an alternative in the political leadership of the country.

He stressed the need for a “strong popular grassroots movement” in Nigeria, saying that’s the way to bring about the change, sustainability and stability the nation needs in its democracy

On the flip said, the former president said, “You cannot take PDP as it is, and APC as it is; but they are not all made of evil people, there are good people. I said PDP is leprous hand, APC is leprous hand, but there are some clean fingers in them. 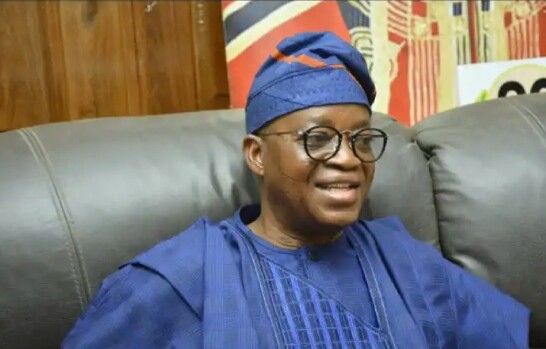